Nifeco Costa is a singer and musician from Guinea Bissau.  from a young age he connected with the traditional sounds of his homeland, which later led him to form the band "Mini Cobi" participating in 1987 at the Festival no Pintcha held in Bissau, where he stood out as a Revelation Artist. This resulted in the recording of some songs on the National Broadcasting Studio of Guinea Bissau (RDN). In 1993 Nifeco launched his first solo album, Saudadi, under the seal of Gravison publisher and in 1997 he participated in the 1st Gumbe Festival in Paris.

2007 –He recorded the Album "BKO Biak" in 2007 and is the author of two discographic works, recorded and launched in Lisbon.

He has participated in various festivals in Europe, Africa and USA, and made television appearances on RTP programs, TVI, SIC in Portugal.

Since moving to the UK he has formed the band Babock Djazz, which brings together local musicians with origins from around the globe.  Nifeco brings beautiful melodies, a sweet voice and an infecous latin groove. Guaranteed to get you on your feet and dancing! 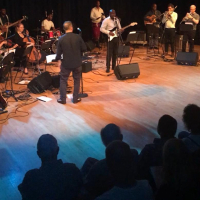 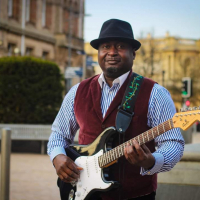 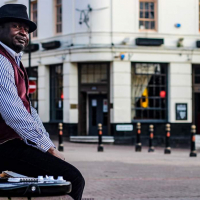 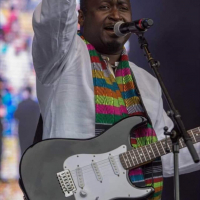